Meeting point on the meadow

Dhrupad is the oldest surviving style of Indian Classical Music, with origins that go back as far as 200 BCE. The human voice is at the centre of this musical tradition. The voice, with it’s fluidity, character, tone and expression, is the vessel through which this music has been passed on orally from generation to generation. A fundamental principle in this form of music is interpretation. Before a musician performs Dhrupad, they are keenly aware of their surroundings. The musician selects a raga (musical scale) that corresponds to their natural environment: season, weather and time of day. In concert, the musician presents their interpretation of the selected raga, improvising with it spontaneously, fusing contemporary thought with the long history of Dhrupad tradition.

Harkeerat Mangat (*1990 Mississauga, Canada) has trained in Dagarvani style of Dhrupad under the close guidance of Pandit Uday Bhawalkar and Shri Arijit Mahalanabis since 2010. Mangat’s singing style is a synthesis of Bhawalkar’s tonal purity and Mahalanabis’ approach towards rhythmic and lyrical expression.

Balázs Virágh (*1994 Budapest, Hungary) is a student of Guru Pandit Mohan Shyam Sharma. His playing is representation of the Nathdwara style of pakhawaj.

The following day, artist and musician Harkeerat Mangat invites visitors to a morning workshop in the park. He will introduce meditative Dhrupad vocal exercises for the formation and strengthening of one's unique voice.

The workshop is limited to 20 participants. 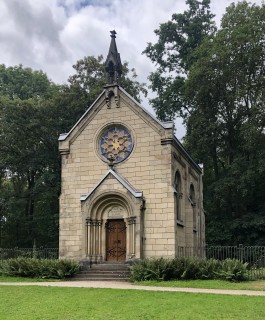